How to Clear Brain Fog Quickly 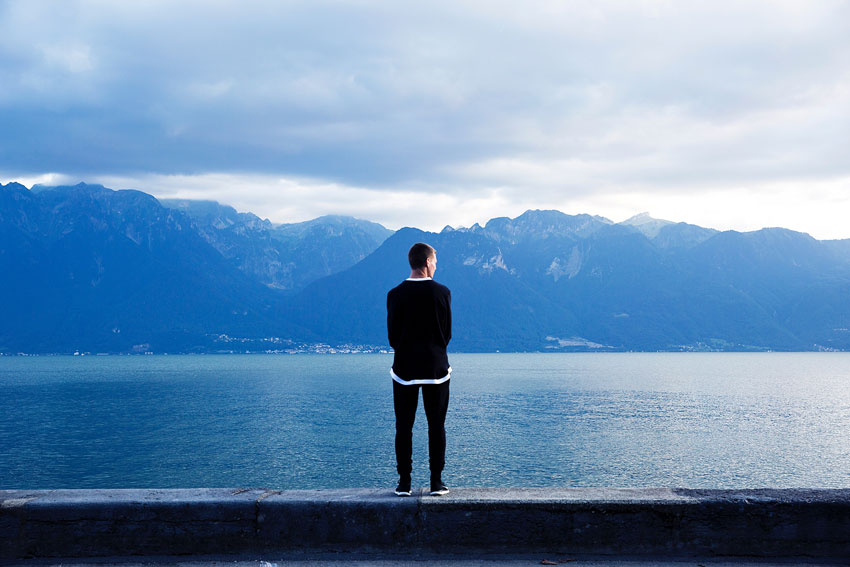 Does this situation sound familiar? You roll out of bed to start your day having slept your standard 6-8 hours, and begin your morning routine. As you go through the motions of preparing for the day, you start to realize that you’re moving slower than normal, finding it difficult to locate your keys despite the fact that they’re in their normal spot, and feel hazy and confused as you commute to work. Once you arrive, you try your best to concentrate on the work at hand, but falling into your normal groove feels nearly impossible. As your colleagues buzz around you, you feel a sense of overwhelm setting in – the anxiety that comes with your inability to focus and communicate as fluently as you normally do. Your memory seems shot and ineffective as well, causing you even more concern as you try to function and continue your day.

If this has happened to you, what you might be experiencing is brain fog and the associated symptoms that accompany it. While brain fog only occurs occasionally for some, others experience these symptoms on an ongoing basis, which can seriously interfere with work, school, and relationships.

What is Brain Fog?

Brain fog is best described as a general mental haziness or fatigue that makes it difficult to concentrate and complete normal cognitive or memory recall tasks. It is often accompanied by the following symptoms:

While brain fog is not a real medical definition, there is overlap with other medically-defined conditions that share similar symptoms (1) (2) (3). These conditions include:

While brain fog does share some characteristics with the above conditions, they are not mutually inclusive by any means.

While there is much that’s unknown with regard to why brain fog occurs, there are a number of factors that show potential to contribute or exacerbate this condition. These include:

How to Clear Brain Fog Quickly

However, despite the possible contributors to brain fog, sometimes it just happens randomly and when we least expect it, even when we are physically feeling our best. Unfortunately, in these situations it can be difficult to pinpoint the contributors to our symptoms, but there are several ways to combat brain fog and return to our normal states of focus and concentration:

You might be asking yourself – “is a meditation practice all that it’s cracked up to be?” Well, for those of you who have not tried a meditation or mindfulness practice for yourself, you’re in for a serious game-changer. From breathing exercises to transcendental meditation, these routine habits have shown some serious efficacy in helping people concentrate, improve general mood and well-being, and lower stress. In fact, entrepreneur and business mogul Tim Ferriss interviewed 140 people at the top of their fields, and found that the most commonly shared quality among this group was a regular practice of meditation (4). If this isn’t enough persuasion for you, there is a substantial amount of research that shows that mindfulness and brief breathing exercises improves attention, memory, and focus, even for beginners (5) (6).

If you are new to the practice of meditation in general, you may want to start with a simple breathing exercise. If you are at work or school, try to set aside 10-15 minutes and find a quiet place where you won’t be interrupted. Then, follow these general guidelines:

While as you increase the frequency with which you meditate, even beginners can start to recognize improvements in focus, attention, and concentration.

While short periods of napping can be extremely effective in easing the symptoms of brain fog, many have started to turn to a tactic known as the “caffeine nap” that shows much greater improvements in mental clarity and focus. A caffeine nap happens when you take a short nap (for about 15-20 minutes) after consuming a cup of coffee or a commensurate amount of caffeine.

The reason this is so effective is because napping naturally clears a neurotransmitter called adenosine from the brain. This neurotransmitter is responsible for making us tired and fatigued, however caffeine blocks adenosine from binding to receptors in our brain, preventing us from feeling tired. When you nap (which clears the brain of adenosine) directly after drinking a cup of coffee, the caffeine is able to function far more efficiently in the brain, making it far easier to clear brain fog (7).

Brain fog sometimes occurs as the body’s natural response to stress. While practices like meditation, exercise, and breathing can help reduce stress and improve concentration, there are a number of all-natural herbal supplements that can also help the mind return to homeostasis. These herbs are called adaptogens – all-natural supplements that help the body adapt to stressful situations. And while they can be extremely useful for stress, some are also classified as brain tonics, meaning that they improve clarity, focus, and concentration. One of the most effective of these is ashwagandha.

Ashwagandha is an herb that’s native to parts of North Africa and India, and is commonly used in the holistic health practice of Ayurveda (ancient Indian medical system). There is a substantial amount of research that links daily ashwagandha supplementation with improvements in cognitive performance. For example, one study showed that ashwagandha significantly improved reaction time, choice discrimination, and psychomotor tests compared to individuals who did not consume ashwagandha (8).

Other powerful all-natural brain tonics include:

It is well-known that our diet heavily plays into our general mood, sense of well-being, and can even effect our ability to concentrate. For example, there are foods that naturally increase serotonin due to the levels of tryptophan that they contain. However, for those dealing with brain fog, introducing foods high in antioxidants, flavanols, and anti-inflammatory properties prove to be beneficial for increasing concentration and focus. Some of these foods include:

In addition to introducing foods into your system that will benefit the mind and cognition, it might also be necessary to prune some foods that are not so great for the brain. According to Harvard Medical School, too much sugar can cause the cells in the brain to age at an abnormal rate, which can lead to cognitive difficulties (9).

Here are some substances that you should cut down on in order to improve cognitive function and clear brain fog:

While there are a number of ultimate all-in-one daily multivitamin supplements out there, our personal favorite is called Athletic Greens. This powdered supplement contains 75 ingredients that are all carefully selected to benefit different areas of health. These areas include hormonal support, digestion, the nervous system, healthy aging, and efficient energy production. This supplement is especially useful for those with inconsistent diets, or those who participate in intermittent fasting and want to ensure that they consume the most essential vitamins and nutrients on a regular basis.

We personally have felt more alert and focused throughout the day when taking Athletic Greens regularly, not to mention how it’s helped us to feel more physically able as well. The carefully-selected ingredients all serve bodily functions that come together to make you feel altogether healthier.

Have you ever noticed that your ability to concentrate for longer periods of time increases when you are working out regularly? Even taking a walk around the block can significantly increase blood-flow to the brain, helping with thought processing, cognition, and creativity. It should not come as a surprise that a mountain of research backs the fact that exercise aids in cognitive function and support to the cells in the brain. For example, studies show that exercise improves sense of well-being, protects against neurodegeneration, and increases cognitive reaction time (10).

So which types of exercises are most effective at clearing brain fog quickly? According to research, aerobic exercise allows the resynthesis of adenosine, which has shown improvement in cognitive functioning, especially when performed over time (10). Such exercises include:

Are you trying to use coffee to clear your brain fog and only seeing temporary improvement but eventually burning out after a few hours? While caffeine can sometimes provide temporary relief, there is a lack of sustainability that unfortunately sometimes leads to crashing, making it even harder to concentrate than before. However, there are several ways to supercharge your coffee, one of which is by taking an L-Theanine supplement with your morning brew.

L-Theanine is a naturally-occurring amino acid that can be found on both black and green tea leaves, and works as an all-natural anxiolytic which promotes relaxation without causing drowsiness. When combined with coffee, L-Theanine can help to sustain the effects of caffeine while helping to reduce burnout or caffeine jitters. Research has also shown that supplementation of L-theanine with coffee improved the accuracy of participants when switching cognitive tasks, in addition to boosting general mood and well-being (11).

It should come as no surprise that getting sufficient sleep is also an important way to ward off brain fog, however many people continue to forget to make sleep quality a priority. The cumulative effects of several bad nights of rest can ultimately lead to confusion, a reduction in cognitive agility, fatigue, and can even slow down your metabolism and make the body function less efficiently. Most importantly, sleep allows the neurons in the brain time to form new connections, which is an essential part of learning and solidifying memory.

While poor sleep remains a predominant problem for many people, there are a number of supplements and practices that can help. For example, there are ayurvedic medicines for sleep disorders that offer an all-natural way to improve sleep quality and reduce restlessness. You might also want to consider a bedtime routine that can make it easier for you to fall asleep without distraction.

Fish oil remains one of the most popular health supplements used by people all over the world, providing benefits that support a large quantity of bodily functions. These supplements are rich in omega-3 fatty acids which have been studied to support heart health, reduce inflammation, support healthy skin, and improve cognitive functioning. With regard to reducing brain fog and memory issues, research has shown that those who participated in fish oil supplementation performed better on memory and learning tests compared to those who did not take fish oil (12). However, the benefits on the brain don’t end there. Other research has shown that fish oil significantly improved depressive symptoms in people suffering from depression (13).

Although this solution is often met with controversy depending on who you talk to, intermittent fasting has shown incredible cognitive benefits for many who do it in a healthy and monitored way. While this tactic is probably not suited for the elderly or those who are ill, it is an effective method not only to lose weight and increase muscle tone, but to improve mental acuity as well.

This is how it works: intermitted fasting refers to the method of regular periods of abstaining from the intake of calories, sometimes on a daily basis, or sometimes only several days out of the week. When done correctly, after about 12 hours of not consuming any calories, the body will begin to use your natural fat reserves for energy (as opposed to any food you might be consuming). This is called ketosis. It is during these periods that many people (myself included) feel far more focused, alert, and mentally clear. While there are many different methods of intermittent fasting, here is how I do it:

Seeing as I do my best work in the mornings, this also aligns with the period during which my body (theoretically) should kick into ketosis. This continues to be an extremely effective method for me as I feel far more alert, energized, and focused compared to morning when I have breakfast.

6 Powerful Ways to Bulletproof Your Coffee for Sus...
6 Best Essential Oils for Energy and Focus