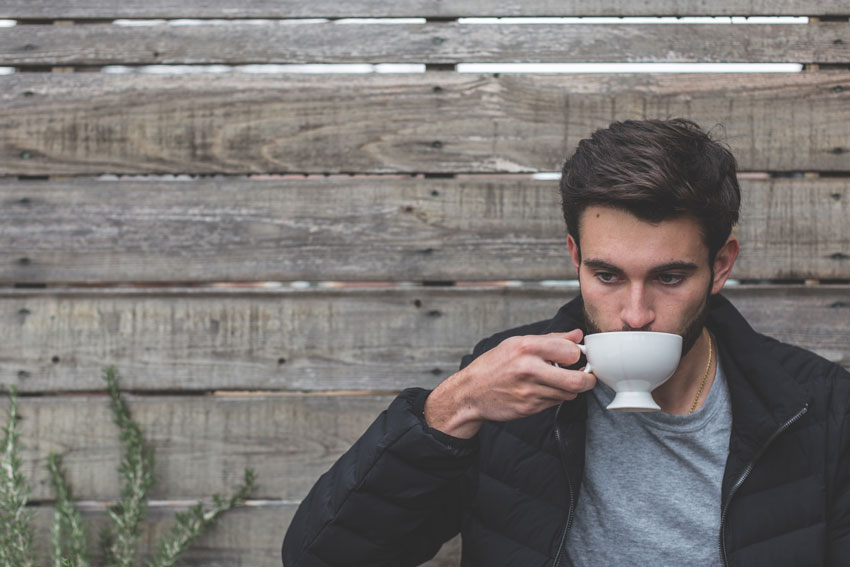 One of my favorite morning rituals that helps to motivate me to roll out of bed every day is prepping a hot pot of coffee to brew while I shower. As I turn the faucets off to start to dry myself off, I begin to smell the distinct and reassuring scent of my bean of choice wafting through the air, mixing with the hot steam from my shower as if to beckon be back to the kitchen to pour myself a cup. In anticipation of the savory experience to come, my mouth begins to salivate as my body seems to become more and more alert and impatient, waiting for that moment when the rich, stimulating liquid will meet my lips.

Needless to say, my personal experience is far from unique. In fact, a 2018 study from Reuters found that 64% of Americans over the age of 18 drink coffee on a daily basis, and given the impressive variety of drink variations offered throughout coffeeshops all over the world, coffee consumption is increasingly becoming a more personalized experience. However, the world’s obsession with drinking coffee does not come without its qualms, many of which concern the lack of sustainable energy caffeine offers the body. Seeing as coffee’s caffeine content is undoubtedly one of the primary reasons coffee drinkers pour themselves a cup every morning, many people are seeking natural remedies that can help consumers get the most out of their intake.

Negative Side Effects of Coffee and Caffeine

While coffee is known for providing us a boost of energy delivered by the substantial amount of caffeine found in each cup, for many, daily consumption does not come without some unwanted side effects. For example, when we intake too much caffeine at once (especially on an empty stomach), we are prone to symptoms that are often referred to as the “caffeine jitters.” In fact, research has found that caffeine in higher doses can also lead to mild anxiety and nervousness. Another common negative side effect is the crash many people experience mid-morning or towards lunchtime, several hours after they’ve consumed their first cup. This often leads people to simply combat this drowsiness by consuming more coffee, which has the potential to cause that unwanted jitteriness mentioned above.

How to Make Coffee Supercharged, Sustainable, and Bulletproof

As we will explore further in the examples to come, there are number of ways to naturally supercharge your morning coffee ritual with herbs, amino acids, and other all-natural remedies. What many of these options are designed to do is to allow caffeine to have a more sustainable effect on the brain cells, or even protect synapses and communication pathways in the brain from toxicity to enable them to function better. Many of these simple practices can be easily integrated into your morning routine, and some provide other powerful health benefits that boost cognitive function, focus, and concentration.

This intense and aromatic coffee mixture is essentially made from three ingredients that are blended together:

I personally use a blender to ensure that both the ghee and MCT oil are evenly distributed and blended throughout the mixture, which I prefer over a whisker which does not tend to give the coffee that buttery look and taste.

Bulletproof coffee is used by athletes, business executives, and busy people all over the world for the benefits on improved brainpower it provides beyond the content of the caffeine alone. For one, research has shown that Medium Chain Triglycerides (MCT) oil increases the body’s natural mitochondrial biogenesis process, delivering energy to the cells in order for them to function more efficiently. In fact, research on both healthy adults and those with Alzheimer’s Disease found that the consumption of MCT increased the brain’s total energy metabolism by increasing ketone supply, showing potential as a natural remedy for improved cognition. Most MCT oils are often derived from coconut oil and can be purchased in most vitamin and health stores, in addition to online.

The other ingredient in bulletproof coffee, ghee butter, is a classic age-old substance that dates back thousands of years, finding roots in Ayurvedic (ancient Indian) medicine. It’s a clarified form of butter that removes both milk solids and water content from butter, often making it more tolerable for people with lactose sensitivities. In addition to tasting fantastic and being easy to cook with, research has also shown that ghee can help relieve inflammation. Due to the fact that many studies have linked moderate to high caffeine intake with increased inflammation, the consumption of ghee with coffee can provide a powerful balancing benefit. When paired with the boost in cognitive performance that MCT offers, these three ingredients convene to form a deliciously robust and brain-boosting start to the morning.

L-theanine is a naturally-occurring amino acid commonly found in tea leaves such as green and black tea. And while many people are unknowingly consuming this amino acid in small amounts whenever they enjoy a cup of tea, some prefer to take L-theanine as a supplement due to the anti-anxiety and stress-relieving benefits it offers. Research has also indicated that supplementation of this amino acid can promote relaxation and anxiety relief without causing drowsiness – a common unwanted side effect of many pharmaceuticals designed to treat anxiety.

When combined with caffeine, many people experience a sustained boost of energy that reduces jitters and unwanted anxiety, while allowing the caffeine to work more effectively and efficiently in the brain. In fact, research has revealed that the combination of moderate amounts of L-theanine with coffee not only boosted self-reported mood, but significantly improved the accuracy of participants when switching tasks. The participants were also measured for self-reported alertness and tiredness, which also revealed significant improvements as well.

In my personal experience, I take one 200 milligram capsule of L theanine with my morning coffee, and simply switch to green tea and water after my first cup. Due to the way in which the L theanine helps to balance out the effects of the caffeine making it last longer, I also find that I need one cup in the morning when taking it, compared to the 2-3 I would otherwise drink.

Ashwagandha is an herb that has been used for thousands of years in holistic medical systems such as Ayurveda. This shrub-like plant is native to parts of India and north Africa and is harvested for its root that can be extracted to produce a powder with many powerful benefits. Ashwagandha is also considered to be an adaptogen, which means that it contains properties that help the body naturally adapt to stressful situations, helping to promote homeostasis and leveled mood. A breadth of research exists that links ashwagandha consumption with the reduction of inflammation, which is why it is also commonly linked to stress reduction and even preventing the spread of cancer within the body.

In addition to its adaptogenic properties, aswhagandha has also been studied in research settings for its memory-enhancing properties. In one study on healthy male participants, researchers administered computerized psychometric tests to measure cognitive performance on groups that either took or didn’t take Ashwagandha. For the group that was given ashwagandha, significant improvements in choice discrimination and reaction time were observed, showing that ashwagandha may improve cognitive and psychomotor performance.

Considering its ability to both reduce stress and inflammation while improving memory and cognition, when taken with coffee, it can have similar sustainable effects to L-theanine. However, due to its distinct taste and texture, you might choose to take ashwagandha in its pill extract form rather than mixing it into your coffee.

Turmeric is a commonly sought-out additive to coffee due to the benefit this herb offers on memory, intellect, and inflammation. This yellow spice contains an active ingredient called curcumin which is known to be a very strong and beneficial antioxidant. In fact, curcumin is known to be so powerful that research has revealed it to sometimes match the effectiveness of several anti-inflammatory pharmaceuticals without negative side effects.

Adding turmeric to your coffee can provide a boost in cognitive performance due to the way in which curcumin helps the neurons in the brain make new connections, according to research. It does so by increasing the levels of a hormone known as brain-derived neurotrophic factor (BDNF). Since BDNF helps the brain cells to synthesize connections between themselves, increased BDNF levels are associated with better learning ability. In addition to its anti-inflammatory properties, combining turmeric with coffee has the potential to improve learning ability and memory.

One of my personal favorite herbal nootropics is Ginkgo Biloba – an herbal extract derived from the maidenhair tree which is native to parts of China and Asia. Similar to ashwagandha, ginkgo biloba has also been used for thousands of years in alternative medicinal systems, while its benefits range from fighting inflammation to providing substantial cognitive and mood support. Research has shown ginkgo biloba to be an effective enhancer of our existing memory processing functions in the brain, which is why many people report improvements in learning and callback when supplementing with the herb. What I like about ginkgo biloba is that in addition to benefiting cognitive performance, other research has revealed its ability to boost mood and general well-being. When combined with the increased concentration caffeine provides, this improvement in mood can further benefit the ability to focus and stay concentrated on tasks at hand.

Finally, the supplementation of Brahmi with coffee deserves a call-out in the way that it functions similarly to some of the other herbs mentioned on this list. Like ashwagandha, Brahmi finds its roots in Ayurvedic medicine, and has been used for thousands of years to boost cognition, reduce anxiety and stress, and relieve inflammation. This perennial herb is native to the wetlands of eastern and southern India, in addition to parts of Africa, Europe, and even the Americas. Research has shown Brahmi to be particularly useful for boosting memory and concentration, such as increasing our ability to learn and retain new information. Similar to turmeric, this herb also contains a powerful amount of antioxidants, which research has shown to have anti-inflammatory effects.

Supplementing Brahmi with coffee is most often associated with boosting memory and learning, which might prove to be beneficial for students as a healthier and more sustainable alternative to prescription drugs for attention. While some may choose to take Brahmi in its powdered form, there are also ghee mixtures that contain Brahmi for a super-boosted bulletproof coffee.