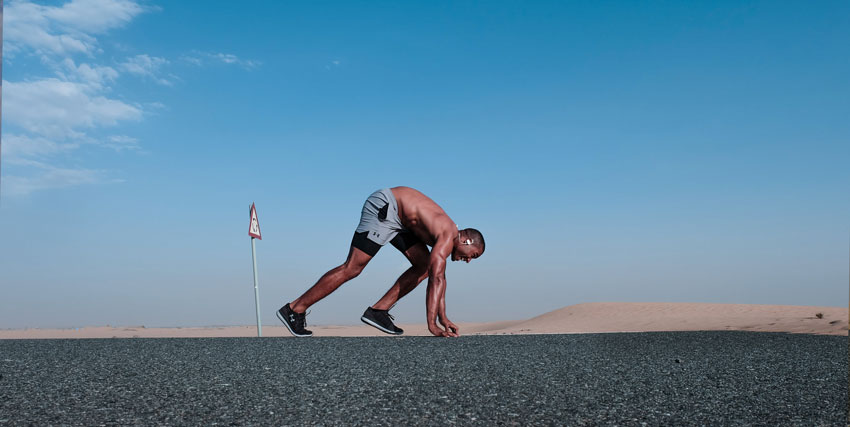 The liver is one of the body’s largest and most important internal organs, and is responsible for no fewer than 500 critical functions. Officially, it is a part of the digestive system. This means that it produces many of the chemicals that aid digestion. However, the liver also plays an important role in detoxification of the entire body.

The liver needs to be healthy if it is to produce bile, support blood clots, metabolize fat and carbohydrates and filter the blood. Unfortunately, many common habits may impair these functions. These habits may include more obvious habits such as drug and alcohol use, but the functions of the liver can also be impacted simply by eating an unhealthy diet. Several medications, such as those prescribed for diabetes, may be harmful to the liver over the long-term, while exposure to blood and germs similarly may also have a detrimental effect. Fortunately, the practice of Ayurveda has a firm view on how to support healthy liver function through a regimented diet, the incorporation of herbs and roots, exercise, and more.

Ayurvedic medicine has been practiced for thousands of years in India and elsewhere across the globe. While it can provide a natural alternative to Western medicine and its reliance on mass-produced prescription drugs, many individuals incorporate the teachings of Ayurveda into their lives as a supplementary way to care for their whole health.

For thousands of years, various natural liver tonics containing herbs like ginger, milk thistle and turmeric have been prescribed by practitioners of Ayurveda as gentle, yet effective remedies that act in supporting healthy liver function. These remedies may reduce inflammation, aid with the production of bile, protect the liver against toxins and prevent common ailments like fatty liver disease.

How to Support the Liver with Ayurvedic Herbs

One or a combination of the below-described herbs may help anyone to achieve a healthier liver by aiding with the detoxification and natural cleansing process. These findings are backed by modern science, demonstrating that these herbs protect the liver while also enhancing its functionality. Some herbs are able to accomplish this on behalf of their powerful antioxidant characteristics, while others fight inflammation or help the liver to produce more bile so that cholesterol and toxins may be excreted from the body.

These supplements may be taken in raw or capsule form. Some may be sipped as a tea while others may be added as ingredients to a favorite dish. The overall effect of these uses is a calm, uncongested and healthy liver that is well able to perform all of its 500 functions.

Also called golden spice or Indian saffron, turmeric is a plant that naturally grows in Central America and Asia. The active ingredient in turmeric is called curcumin. Ayurvedic medicine has long recommended turmeric to control many conditions such as inflammation and chronic pain.

Additionally, turmeric may be able to enhance liver function. This is because the substance has natural antioxidant characteristics. In one study, scientists concluded that the curcumin in turmeric may actually help to prevent liver damage caused by toxins (1). The conclusions from this research may be of particular value to individuals who must take powerful drugs for conditions like diabetes since these drugs may damage the liver over the long term. In fact, supplementing with turmeric may even mean the ability to rely less on these potentially damaging medications.

Ayurvedic practitioners further believe that the ability of curcumins to protect the liver from toxins also works on things like alcohol, free radicals and waste products. Turmeric may even clear out extra cholesterol from the liver, reducing the total amount of fatty deposits and minimizing inflammation of the liver.

Ayurvedic practitioners recommend manjistha when stagnation, excess heat or natural toxins cause a blood imbalance. Also known as Rubia cordifolia, manjistha grows naturally in the Himalayas and other regions where mountains are found.

An astringent and bitter herb, manjistha may be used to clear up chronic issues in the lymphatic system, blood and skin. Practitioners believe that the bitter flavor of manjistha helps to flush toxins out of the entire body, including the liver and skin that provides a glow on the face, similar to the chemical skin peels in Kuala Lumpur.

In a study, researchers found that manjistha may be effective when it comes to reducing inflammation throughout the body (2). This may be exceptionally good news for individuals with a congested or inflamed liver.

Manjistha also may be effective for healing bruises, treating acne breakouts and reducing the pain and swelling that are associated with arthritis.

Ginger is known as a trustworthy antidote to all of the free radicals that ordinarily damage the human body. Free radicals are created by numerous chemicals when they react with oxygen in the body. These free radicals are electrically charged, and they can cause significant destruction to the body’s cells. Once damaged, the cells cause inflammation and a number of diseases, which may include cancer.

It is the responsibility of the liver to clear such toxins out of the body. If it cannot do this effectively, then the result can be fatty liver disease. Fortunately, scientists have discovered that ginger can have significant antioxidant effects on fatty liver disease (3). The result is a healthier liver that’s able to function as it is meant to do.

A 2011 study concluded that ginger may be an effective deterrent to liver fibrosis (4) as well. Scientists experimented with multiple extracts from the ginger plant, discovering that all of them improved the amount of antioxidant enzymes that are used by the liver.

This herb frequently is recommended not only by Ayurvedic practitioners but also by doctors practicing Western medicine. While it may be a beneficial supplement that is effective for numerous conditions, milk thistle is most commonly associated with protecting the liver.

Scientists believe that milk thistle improves liver function be assisting it to clear out pollutants, toxins and alcohol. In fact, evidence suggests that milk thistle has been used for this purpose for more than 2,000 years. It is a native plant in Asia Minor, North Africa, southern Russia and southern Europe. Additionally, this plant has been introduced to North and South America.

Milk thistle is one of the best-researched liver supplements. The National Institutes of Health hold records of more than 1,000 research studies involving milk thistle and its benefits for the human body.

Milk thistle may be used to treat fatty liver disease, cirrhosis, fibrosis, damaged induced by drug and alcohol use, chronic hepatitis and environmental toxins. The active ingredients in the plant are three flavonoids known as silybin, silydianin and silychristin. It is these elements that have a beneficial effect on the liver.

While cinnamon can be beneficial to the liver, it is important to focus on appropriate dosage and the type of cinnamon that is being consumed.

Cinnamon is known as either Cassia or Ceylon. The Cassia variety is more common. It’s found in grocery stores where it is used in many foods. Ceylon cinnamon also may be referred to as “true” cinnamon. It features a less bitter flavor.

Cassia cinnamon is loaded with coumarin. Overconsumption of this compound may actually harm the liver (7). However, it is safe to eat in small to moderate amounts.

Cassia cinnamon is more likely to have a beneficial effect on the liver. This is because it contains only a minuscule amount of coumarin. Some studies suggest that cinnamon may have benefits for people who have diabetes (7). When taken in small amounts, this may mean an easing of diabetes symptoms and the need for less diabetes medication, which would alleviate the demands on the liver.

Also sometimes called gooseberry, amla contains a massive amount of vitamin C. This can have many benefits for the human body, but people frequently do not realize that amla also may be used to promote better liver function. Extensive evidence throughout the history of Ayurveda bears out this use.

More studies on this subject need to be conducted. However, one study does tout the possibility that amla may be effective at protecting the liver (8). In another study, researchers discovered that diabetic rodents that were treated with a gooseberry extract demonstrated improved antioxidant numbers in their livers (9). Results from both studies suggest that an amla supplement may provide an additional method for protecting the liver and enhancing its function.

Prescribed for more than 4,000 years by Ayurveda practitioners, ashwagandha commonly is prescribed to treat inflammation or to promote overall good health. As an adaptogen, ashwagandha is particularly good at helping the body to deal with stress.

Traditional Ayurvedic medicine also suggests using ashwagandha to treat chronic liver problems. A study that was conducted in 2010 demonstrated the efficacy of this use. Researchers found that the bioflavonoids, antioxidants and other components in ashwagandha scavenged free radicals from the body, thereby protecting it (10) from significant damage. This study was conducted on rodents, but the evidence for the treatment being just as effective for humans is promising.

In other studies, ashwagandha use has been shown to reduce the need of diabetics to rely on prescription medications by helping to control blood sugar (11) and to reduce cortisol levels (12), with both of these effects benefiting the liver as well.

Traditionally, shankhpushpi is prescribed to improve the memory and intellect. It is believed to have a direct effect on the functioning of the central nervous system, and it has long been a favorite in both Chinese and Ayurvedic medicine practices. Practitioners may prescribe this perennial herb to treat sleeplessness, seizures, hallucinations, chronic coughing and anxiety.

One study suggests that shankhpushpi may limit the activity of a certain liver enzyme, which may be beneficial for treating symptoms related to hyperthyroidism (13).

In Ayurvedic tradition, shankhpushpi may be used to eliminate burning sensations and anxiety in the body. Use of shankhpushpi also is common for treating high blood pressure. These uses also may prove beneficial to overall liver function.

Used for more than 2,500 years in traditional healing practices, barberry is an exceptional herb that may be used to ensure the health of the heart while also clearing toxins from the liver and gut. This ingredient also may be able to protect people from cancer and diabetes.

Barberry contains a substance called berberine that has been used for centuries as an antidote to digestive issues and diabetes. Scientists believe that berberine may inhibit bacteria growth and support a healthy immune system.

The liver performs important functions like producing the bile that is required to digest fat. The gallbladder assists with this function by storing bile that’s loaded with cholesterol. This bile is what helps the body to process fatty foods. The berberine in barberry helps with bile secretion while also regulating digestive processes (14). Because cholesterol is almost exclusively excreted by bile, this additional bile production may be the key to regulating cholesterol levels while also improving the functioning of the liver.

This herb is one of the most widely used and recognized in traditional and folk medicine circles. Practitioners believe that it can help to reduce water weight, calm digestive ailments, help to prevent cancer, relieve constipation and prevent urinary tract infections.

One additional use for the dandelion herb is to promote the health of the liver. Like barberry, this is probably because dandelion is able to promote the healthy flow of bile. In a study that was conducted in 2017, scientists concluded that it is the polysaccharides in this herb that may be most helpful for liver function (15).

It’s also worthwhile to consider that dandelion is a critical component for protecting bones and avoiding high blood pressure. Dandelion also may address a vitamin k deficiency, a mineral that is better than calcium when it comes to building strong bones (16).

What is Ghee Used for? 6 Top Benefits, Uses, and I...
Ayurveda: 8 Nerve Weakness Treatments and Remedies