The Best 10 Herbal Supplements for Anxiety 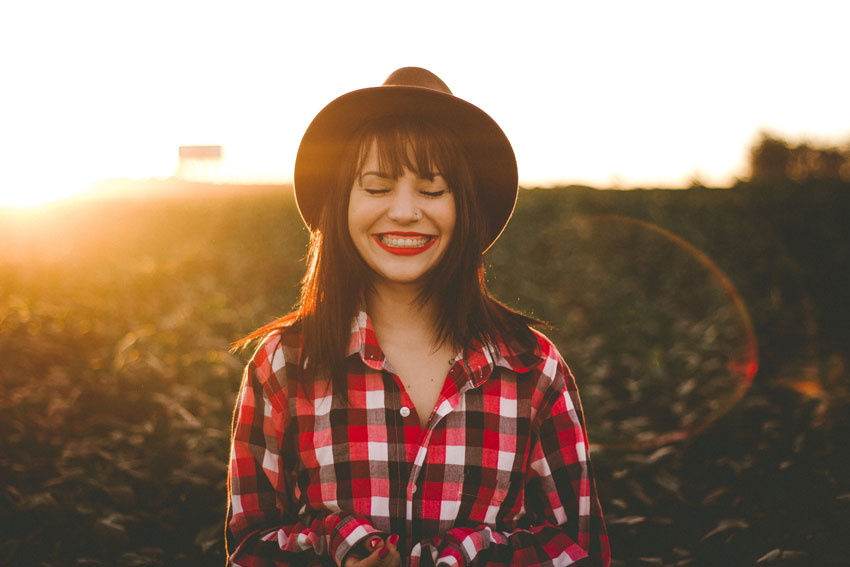 Did you know that anxiety disorders affect nearly 20% of adults in the United States (1)? This staggering amount only represents those who are diagnosed and actively seeking help or treatment, which means that there is probably an even higher percentage that includes people who are misdiagnosed or who simply do not know. In fact, the economic costs of anxiety disorders have been measured by the ADAA to be around $42 billion each year, which comes to be approximately one third of the total annual mental health bill for the U.S.(2)

Like many mental conditions, anxiety disorders exist on a spectrum – for some, these symptoms can be devastating and debilitating when left untreated. For others, mild to moderate anxiety causes discomfort but does result in the inability to complete daily tasks. And while for more severe cases conventional prescriptions are likely a necessity, there are many others who could benefit immensely from a select group of all-natural herbal supplements known for reducing anxiety and stress.

While not all of the herbs listed here are technically classified as adaptogens, most of them fall into this category, which is why it is important to understand what they do and how they can benefit people suffering from anxiety.

Adaptogens are all-natural substances that help the body and brain produce a “state of non-specific resistance” to anxiety and stress (3). What this means is that when taken regularly, herbal adaptogens chemically interact with the cells in the body in ways that protect them, stimulate the nervous system, and inhibit fatigue. As a result, the body is more apt to deal with external stressors that cause anxiety and stress, while simultaneously helping the body and brain heal.

What’s fascinating about the efficacy of adaptogens is that in many controlled research settings, they often display results that equals or surpasses those of conventional prescriptions for anxiety. What’s more is that due to the fact that adaptogens and herbs are all-natural, they rarely (if ever) produce negative side effects comparable to pharmaceuticals. And while these herbal supplements might not be suited for the most extreme cases of anxiety disorders, individuals dealing with mild to moderate symptoms will find that it is at least worth giving them a try.

Ashwagandha is one of the most powerful and nutrition-rich all-natural herbs that provides an impressive myriad of benefits to the body and brain. It has been used for over 3,000 years in ancient ayurvedic medicine, and is native to parts of North Africa and India (4). Classified as an adaptogen, ashwagandha is well-known for its natural anti-inflammatory and stress-relieving benefits, helping the body naturally adapt to anxiety.

Ashwagandha has also found its way into many western research labs, showing serious efficacy for benefits such as reducing depressive symptoms, increasing muscle mass, and of course, relieving anxiety. For example, one study on 64 participants with a history of chronic anxiety found that when taken every day (in capsule form), the participants who took ashwagandha displayed substantial reductions in cortisol levels (5). Seeing as cortisol is the body’s stress hormone, this ashwagandha supplementation displayed that ashwagandha has the ability to reduce stress and anxiety. Other studies have shown that the herb has the ability to reduce symptoms of severe depression up to 79% (6).

Also known as nature’s all-natural valium, valerian root is well-known for its heavy sedative effects. The herb itself is native to parts of Europe and Asia, and the roots have been harvested for over 2,000 years for use in traditional medicine practices. And while valerian is non-addictive and does not cause problems with dependency from regular use, the effects are somewhat acute and might not be suited for use while at work or school. Since valerian root is effective both as a stress-reducer and sleep aid, the sedative effects can make you drowsy and relaxed, which might not be an ideal state for getting work done.

That being said, valerian root has shown substantial reductions in anxiety symptoms in laboratory settings. For example, one study on participants with generalized anxiety disorder found that those who took valerian root displayed significant inhibition of the psychic symptoms of anxiety, similar to those participants who took diazepam (a benzodiazepine pharmaceutical for anxiety disorder) (7).

Similar to ashwagandha, shankhpushpi also finds its roots in traditional ayurvedic medicine, with uses dating back over 3,000 years. The herb is primarily found in parts of India and is a perennial herb that produces blue flowers which look similar to morning glory. Classified as an adaptogen, shankhpushpi also helps the body naturally adapt to stress and anxiety, while simultaneously boosting intellect, improving memory recall, and stimulating the central nervous system.

In research settings shankhpushpi consistently displays impressive anxiolytic effects, which means that it significantly inhibits the symptoms of anxiety. For example, one study found that at a dose of 100 milligrams/kg, shankhpushpi displayed both anxiolytic and nootropic (cognitive-improving) activity (8). Additionally, other research has pointed to the neuroprotective benefits shankhpushpi provides to brain cells. One study found that shankhpushpi supplementation significantly reduced neurotoxicity intentionally induced in rat subjects, which potentially serves as a promising lead in the management of disorders such as Alzheimer’s disease (9).

This perennial herb is yet another adaptogen, and is native to cold, mountainous regions in Europe and Asia. The root itself contains over 140 active ingredients, many of which help the body naturally adapt to stressful situations. The two most powerful of these active ingredients are rosavin and salidroside. Due to the native environments in which they thrive, many Scandinavian and eastern European countries have sought out Rhodiola as an all-natural fatigue, depression, and anxiety treatment for centuries.

Rhodiola has a fascinating ability to help people power through activities and situations that are not only stressful, but also are known to cause people to burnout and lose energy. In fact, one study found that over the course of 12 weeks, outcome measures associated with the burnout syndrome in participants significantly improved (10). Other studies suggest that the ideal dose for anxiety and stress is 200mg twice daily, while positive effects can be experienced in as little as 3 days after supplementation (11).

While chamomile is a common household name when it comes to herbal teas, most people assume that this herb is only good for inducing quality sleep. However, chamomile shows many benefits on reducing symptoms of both stress and anxiety in an all-natural way. What’s more is that this tea is loaded with powerful antioxidants that could play a role in lowering the risk of medical conditions such as cancer and heart disease.

So, what does the research say about chamomile and anxiety? One study on 180 participants found that when chamomile extract was taken daily (in the amount of 500-1,500mg doses), subjects showed a reduction in symptoms in line with those that would result from more conventional anxiolytic pharmaceuticals (12). However, chamomile does not offer adverse side effects such as dependency and grogginess often experienced with pharmaceuticals such as benzodiazepines, and therefore is safe for everyday use.

Tulsi, otherwise known as Holy Basil, is yet another powerful brain tonic and adaptogen, traditionally used in ancient Indian ayurvedic medicine. It is remarkably high in nutritional content, containing calcium, iron, chlorophyll, zinc, and Vitamin A and C. Beyond use for anxiety and stress, Tulsi is also effective in protecting against viral and bacterial infections, lowering blood sugar, easing inflammation, lowering cholesterol, and much more.

Research into Tulsi’s effects on mental stress shows that regular consumption helps to protect and detoxify the body’s organs and cells, thus reducing the toxicity stress often causes (13). Therefore, in addition to these anxiolytic effects, Tulsi also contains powerful anti-depressant properties that helps with clearer thinking. Other research outlines the antimicrobial effects Tulsi has, which helps to ease inflammation and joint-related pain in aging populations (14).

While Tulsi can be extracted into oils and other concentrates, the most common way to enjoy the benefits is by brewing a tea. Most people describe the taste as clove-like, peppery, and earthy, and can be combined with fresh lemon juice for a powerful tonic mixture.

Maca is a plant that mostly grows native to central Peru, thriving specifically at very high altitudes in the Andes mountains. It is classified as a cruciferous vegetable and is therefore in a similar family to cabbage, kale, cauliflower, and broccoli. Like ashwagandha, the root of maca is the primary provider of nutrients and benefits for humans with is generally dried and blended into a fine powder.

Maca has been studied to show relief for symptoms of both depression and anxiety. In one study on postmenopausal women, maca supplementation both reduced diastolic blood pressure while reducing other depression symptoms (15). In addition to helping with anxiety relief, maca is also known to improve cognitive functioning. One study revealed that maca improved motor coordination, endurance capacity, and other cognitive tasks in middle-aged mice subjects (16). Finally, among other benefits, maca shows a capacity in lab settings to have benefits on reducing prostate size and potentially lowering the risk for prostate cancer (16).

The kava plant typically grows in tropical climates, particularly prevalent on islands in the Pacific Ocean such as Hawaii, Samoa, and Fiji. The plant has been used as a ceremonial drink amongst many of the native cultures in these areas for hundreds of years and is known to produce potent feelings of calm and inducing a relaxed mood. While kava is far less addictive than other more traditional pharmaceuticals used for anxiety disorder, its powerful effects are known to sometimes induce a euphoric feeling which show potential for recreational use. There is much that is unknown about the side effects of kava, although some research shows that misuse could result in mild liver damage. Kava is currently banned in certain countries like the UK and Germany.

That being said, research has repeatedly shown that kava offers anxiolytic effects for individuals suffering from generalized anxiety disorder (17).

While there are many variations of this herb that grow native to different parts around the globe, one thing is certain – ginseng is a powerful herb, rich in antioxidants and nutrients that provides the body with benefits far greater than reducing anxiety alone. This herb has been used in traditional ancient Chinese medicine for centuries and is known to contain two compounds known as ginsenosides and gintonin. These are the primary active ingredients that offer the many health benefits people seek out today. Ginseng remains a potent source of relief from inflammation due to its myriad of antioxidants and probiotic bacteria (18).

Like many other herbs listed here, ginseng is an adaptogen in the sense that it helps the body maintain homeostasis in the presence of anxiety and stress. On study found that ginseng not only effectively suppressed stress symptoms, but demonstrated similar levels of efficacy compared to fluoxetine (Prozac)  in reducing depressive symptoms as well (19).

Finally, lavender is likely one of the most recognizable herbs on this list, and is a household name across cosmetic lines, shampoos and soaps, air fresheners, and of course, essential oils. The earliest use of this herb dates back to cultures in ancient Egypt, Persia, Greece, and Rome – lavender was culturally regarded as a powerful cleanser for the body and mind. Needless to say, this status has endured through current times, and the benefits of lavender have been studied and upheld in many research settings.

When used in an aromatherapy setting, lavender has been studied to have a strong anxiolytic benefit on the brain and has the potential to provide people suffering from anxiety disorders with non-addictive and soothing temporary relief (20). In addition to helping those with chronic anxiety, lavender has also displayed benefits for people with acute situation-specific anxiety. For example, one study found that lavender significantly reduced anxiety for patients who were about to endure an operation (21).

How to Remove Cortisol from the Body Naturally in ...
How to Store Fresh Turmeric Root